The Ukrainian Catholic Education Foundation teaches North Americans about the academic and financial needs of Ukrainian Catholic educational institutions in Ukraine. In a sincere commitment to personal involvement and high standards, UCEF works with these institutions hands-on to meet present needs and develop resources for the future. Through grant and endowment programs, distribution of books and teaching materials, and collaborative volunteer projects, emphasizing foreign exchange of students and faculty, we foster the communion of Ukrainians in North America with the Ukrainian nation and of Roman Catholics in the West with the largest Eastern Catholic Church.

The Ukrainian Catholic University (UCU) was founded in 1994 and is the only Catholic university on the territory of the former Soviet Union. The Ukrainian Catholic University is an open academic community living the Eastern Christian tradition and forming leaders to serve with professional excellence in Ukraine and internationally – for the glory of God, the common good, and the dignity of the human person. 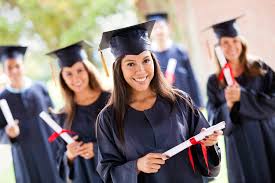 No matter what one has to give financially or materially, it is prayer which is stronger than all of these. It is by the faith and prayers of the faithful that the Church now has the opportunity to grow and flourish in a country overrun by Godless powers for so many years. Whether you can give us anything monetarily or by time or talents, please remember all of us, especially the dedicated students, seminarians, novices, faculty, & staff of the Ukrainian Catholic University in your prayers. For truly, we only exist but for God’s eternal grace.

“Like good stewards of the manifold grace of God, serve one another with whatever gift each of you has received.” -I Peter 4:10