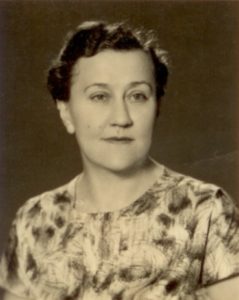 In a year that saw charitable giving down across the whole country, and that affected the programming and project support of many charitable organizations including that of the Ukrainian Catholic Education Foundation, Mrs. Daria Mucak-Kowalsky of Toronto, a well known philanthropist in the Ukrainian Canadian community and dear supporter of UCEF and the Ukrainian Catholic University (UCU) in Lviv, has generously established two Endowments in support of UCU at UCEF and so ensured that support for UCU will be ongoing. Her first gift of $100,000 for the establishment of the Daria Mucak-Kowalsky Endowment Fund, was made in 2009, and has been recently followed up by a second gift of $100,000 for the establishment of the Mykhailo Kowalsky and Daria Mucak-Kowalsky Endowment Fund. Investment income from both of these endowments will be used to fund projects annually at UCU.

Depending on the needs of the University, projects supported by the Daria Mucak-Kowalsky Endowment shall fall into the following categories: Scholarships or bursaries for UCU students; Research Grants for scholars in the fields of Theology, Sociology, Philosophy, Psychology, or Ecumenism; Travel Grants for UCU students and scholars wishing to attend courses or scholarly conferences in Canada, or for students and scholars from Canada to attend such courses or conferences at UCU; the publication of books, textbooks or scholarly materials on topics of Theology, Philosophy, History, Psychology, Spirituality, or Ecumenism. The first of such projects will be funded by the Endowment in the fall of this year.

Projects supported by the Mykhailo Kowalsky and Daria Mucak-Kowalsky Endowment, on the other hand, shall fall into one of the following two categories: the establishment of new academic programs in the fields of European Studies, Ethics, Journalism, Sociology or Political Science; and/or towards encouraging higher enrolment in the University’s core programs (among them theology, philosophy, history, social pedagogy, pedagogy, psychology, classical and modern foreign languages).

These gifts are especially important to the University at this critical time, when education and free speech are under duress from the Ukrainian government. UCU’s Rector, Fr. Borys Gudziak, who publicly denounced the not-so-veiled threats from the SBU – the Ukrainian Secret Service – has said, . Mrs. Kowalsky’s gifts help reinforce the value and importance of this small but mighty institution whose mission is to educate minds and shape souls for the benefit not only of Ukraine but for the community worldwide. These gifts are also timely in respect to the planned growth of the University over the next few years, particularly since the latter Endowment can be used to encourage enrolment at UCU.

Daria Mucak-Kowalsky was born in Burshtyn, in the Stanyslaviv region (present-day Ivano-Frankivsk). She graduated from a private teachers’ college for women run by the Basilian Sisters in Stanyslaviv and then taught at a primary school in Burshtyn, where she prepared pupils for secondary-school exams and gave violin lessons. The tragic death of her first husband, Andrii Cholii, had an immense impact on the young Daria, and provides much of the inspiration for her support of education. He encountered difficult personal circumstances but, thanks to hard work and conscientious study, he graduated in 1935 with a master’s degree in law from John Casimir University in Lviv. A strong Ukrainian patriot, Mr. Cholii was an active member of the Organization of Ukrainian Nationalists, for which he was arrested during the first Soviet occupation of Halychyna (Western Ukraine) and then murdered in a Bolshevik prison in Stanyslaviv in June 1941. Daria Mucak immigrated to Canada in 1949. She was actively involved in Ukrainian cultural and community life and continued to teach the violin.

The late Michael Kowalsky was born in Uhornyky near the city of Stanyslaviv and obtained a master’s degree in law and political science at Lviv University before working as regional manager of a cooperative dairy and then director of Ukrainbank. He was arrested by the Polish authorities and imprisoned for three years for his activity in the Ukrainian nationalist movement. In 1949 he immigrated to Canada, settled in Toronto, and established his own business. He passed away on May 24, 2000.

Together, the Kowalskys were well known and long-time benefactors of causes related to higher education, having also established endowments and supported programs at the Canadian Institute of Ukrainian Studies, as well as sponsoring the publication of two volumes of the English translation of Mykhailo Hrushevsky’s History of Ukraine-Rusʹ, among others.