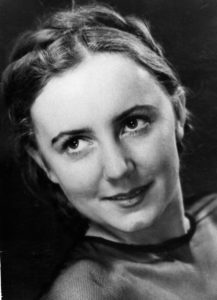 A much cherished, only child, Lidia-Marie was raised in a cultured environment of literary and artistic gatherings. Despite war-time deprivations, she was continually exposed to a social milieu in which international leaders and military personnel discussed the political divisions occurring in Eastern Europe. Her education included elementary schooling and piano performance preparation in Prague, then secondary schooling in refugee camps where her mother served as a medical doctor for United Nations High Commissioner for Refugees and her father, following his career in the Ministry of Agriculture for Czechoslovakia, immersed himself in organizing the Ukrainian émigré community in support of the Hetman movement. Following the hardships of refugee existence, the family immigrated to the United Kingdom in 1948 where her father continued to act in the Hetman movement as attaché to Hetman Danylo Skoropadsky and his sister, Duchess Montessor. Lidia-Marie continued her post-secondary education in London while working in secretarial positions. She immigrated to Canada in the 1960’s. She graduated with her Bachelor of Arts degree from the University of Waterloo in 1968 and completed her Masters of Philosophy at the Ukrainian Free University in Munich in l975. She was granted an Ontario Teacher’s Certificate in 1989.

Lidia-Marie’s knowledge of art, artistic appreciation and musical formation was enhanced by her competence in multiple languages: Ukrainian, Russian, Czech, German and English. Utilizing her skills and talents, Lidia-Marie was recognized by colleagues and students alike as a teacher who promoted excellence. As a new immigrant to Canada herself, in her teaching career at the Toronto District School Board and Humber College of Applied Arts and Technology, Lidia-Marie demonstrated commitment to her students. She encouraged them to acquire academic fluency in English as a second language, as well as to integrate into society for the sake of their own well-being. In this, Lidia-Marie was an active Christian who extended herself for the well-being of those with whom she came into contact through worship, through work and through artistic endeavours. A generous supporter of charitable endeavours during her lifetime, Lidia-Marie designated her estate to benefit students and children.