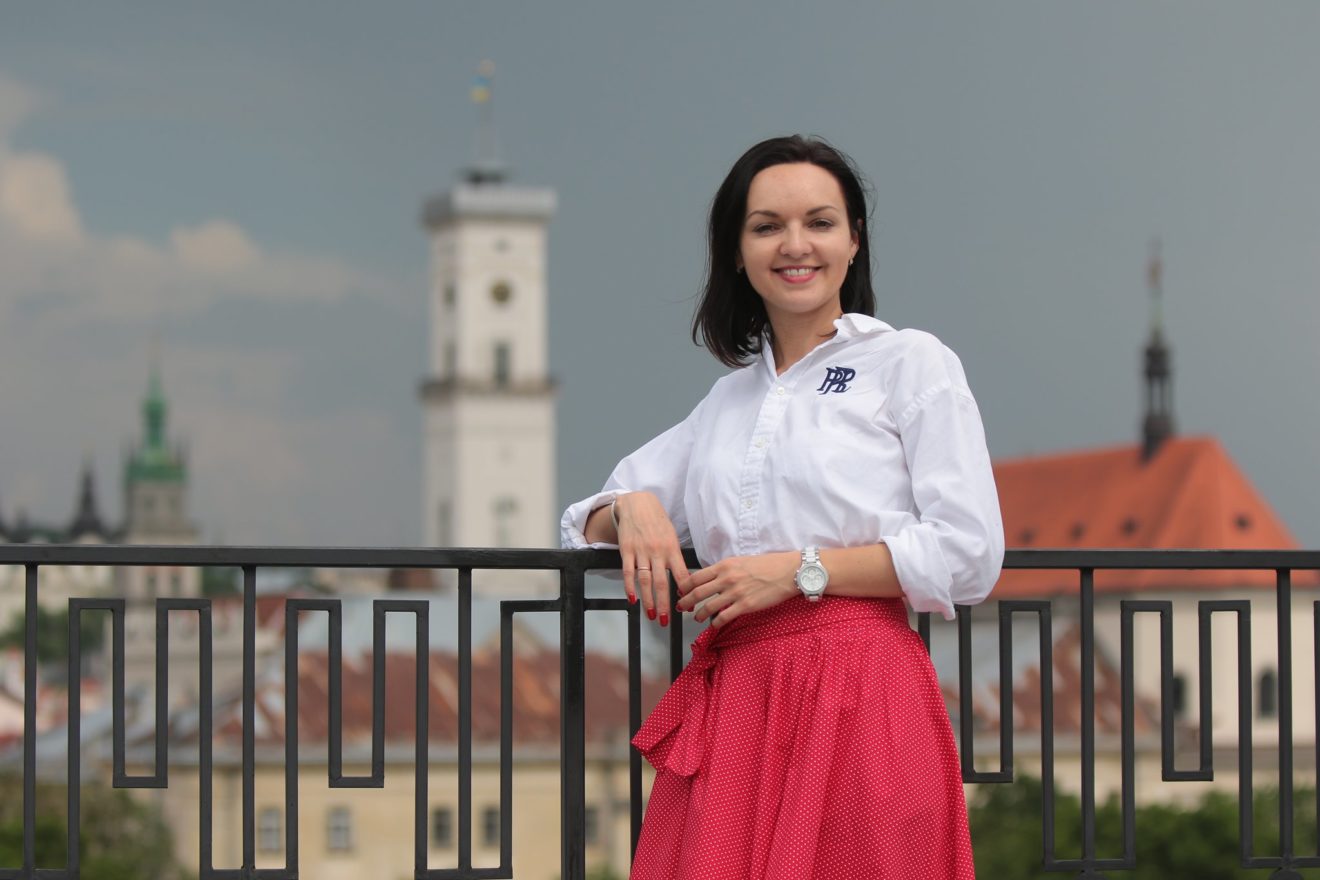 As a result of the extraordinary parliamentary elections, seven alumni of the Ukrainian Catholic University are now people’s deputies of the Parliament of Ukraine. The voters gave these people their votes and placed their hopes for effective changes in Ukraine’s realities. Further we will talk in detail about the professional and educational experience of the new politicians.

Halyna Vasylchenko is a deputy from the Voice political party, head of the economic expert group of the Ukrainian Halychyna Party (UHP), recently the head of the UHP at the Lviv center, assistant director for economic questions at the private enterprise Korbiz, and participant in the civic organization Better Sykhiv and in IMED. In addition to studying at Premier London College and the Higher Political School of the Eidos Center, she studied at the UCU Lviv Business School, the UCU Institute of Leadership and Management, and the UCU School of Public Administration. The new people’s deputy is also the author of two winning projects, the civil budgets of 2016 and 2018. In general, she has experience working in the private, civic, and political sectors and in structures of local government.

Natalia Pipa is a deputy from the Voice political party and founder of the civic organization Better Sykhiv. She studied economic cybernetics at Ivan Franko National University in Lviv and non-profit management and good governance at UCU. Since 2014, she has been a member of the Ukrainian Halychyna Party. She has been actively involved in civic and party work; in particular, she worked as deputy of the Lviv City Center of the UHP. She has work experience as an insurance broker in the Dnister company and fundraising for the Dzherelo Children’s Rehabilitation Centre.

Roman Lozynskyj is a deputy from the Voice political party, head of the Ukrainian Halychyna Party, former director of its secretariat and head of its political council. He was previously coordinator of the School of the Young Elite in Lviv. He studied at Ivan Franko University and at the UCU School of Public Administration. He is a political scientist, civic activist, and scout (Plast).

Pavlo Bakunets is a deputy from the Union Self Reliance political party and mayor of the city of Yavoriv. He studied at the UCU Humanities Faculty, the History Faculty at Ivan Franko University, and the UCU Lviv Business School. He is co-founder of the organization Youth of Yavoriv.

Oleksiy Movchan is a deputy of the Servant of the People political party. He is developing the network of regional civic organizational partners of ProZorro.sale and co-founder of the civic organization Yahuar Football Academy in the city of Kremenchuk. He studied at the National University of Kyiv-Mohyla Academy and completed the Master’s Program at the UCU School of Public Administration. He is studying at the Public Politics and Management Program of the Kyiv School of Economics. He worked as project manager for ProZorro.sale.

Andriy Osadchuk is a deputy from the Voice political party. In 2018, he studied at the Academy of Leadership for Development at the UCU School of Public Administration. In 1994-5, he worked as an advisor on legal questions and project manager at the all-Ukrainian charitable fund Ukrainian Legal Foundation and assistant to the minister of justice. In 1995-7, he was an advisor on legal questions at R. J. Reynolds Tobacco Company-Ukraine. In 1997-2001, he was an associate partner at the legal firm Vasyl Kisil and Partners. In 2003-2005, he was director in international and corporate law at the Kernel agrobusiness. In 2005-2015, he held the position of director of regulatory and legal support at Kyivstar and was a member of the board. He studied at T. Shevchenko National University’s Institute of International Relations in Kyiv. He completed a course in post-diploma education at Queen Mary and Westfield College. He studied at educational programs in the management of organizations and market regulation of telecommunications in Oslo, Rome, and Amsterdam. Since 2015, he has been a deputy of the Kyiv City Council of the 8th convocation and secretary of the Standing Commission of the Kyiv City Council on Questions of Maintaining Law and Order and Combatting Corruption.

Yaroslav Yurchyshyn is a deputy of the Voice political party, an expert in the field of advocacy and combatting corruption and resuscitating the reform package. In 2003-2005, he was responsible for external relations for the Plast National Scouting Organization of Ukraine and directed the Kyiv office. In 2005-2010, he was involved in building the structures of the Our Ukraine party. In 2012-2014, he was a trainer in questions of lobbying and traditional and new media at the Institute of Political Education, the National Democratic Institute, and the UCU Institute of Leadership and Management. In 2016-2018, he was acting director of Transparency International Ukraine. In 2018-2019, he was head of the board. He studied at the History Faculty of Ivan Franko National University, at the Faculty of Social Sciences and Technology at National University of Kyiv-Mohyla Academy, and at the Academic Leadership for Development program at the UCU School of Public Administration.

Valentyna Zasadko, director of the UCU School of Public Administration, comments on the successes of former UCU students, among whom are a number of the school’s graduates: “All these people are eager to develop their projects for qualitative changes in Ukraine. Inasmuch as all of them were elected for the future convocation of the Parliament of Ukraine, they now are even more actively involved in the country’s political life. Of course, we are proud of their success, for this demonstrates that a significant part of the population has trust in them. I expect that in the future more people will give attention to the fact that a quality education helps one make balanced decisions during work as a deputy. I give the example of Roman Lozynskyj, who wanted to work in the field of public administration and, during his studies, in parallel was involved in political work, becoming the youngest leader of a political party. This student demonstrated his singleness of purpose in implementing his views and thoughts. I also expect that, during his work in Parliament, he will be able to use the knowledge he has received. I am glad that our graduates, people who first studied administration, later campaigned for Parliament.”

Currently the UCU School of Public Administration is, together with its partners, developing instructional programs which later will be offered to deputies and their assistants. Details will be announced soon.

We congratulate our graduates on their victory! We wish you success and inspiration to realize your plans!